The life of a programmer

Get to know a girl who codes

A friend of ours dropped by for a visit. Her name is Oluwatoyin Yetunde Sanni and she is one of Nigeria’s top software developers. A software developer (similar to a computer programmer) creates the software that makes our computers, phones and other similar devices work the way they do. Yetunde works for a technology company called Andela, where there are many young women like her (and men too) doing great things in computing and technology. She also helps other young women and girls learn more about computers and coding through an organization she started called Tech in Pink.

Keep reading to learn more about her.

Where did you grow up?
I grew up in Lagos. From the streets of Alagbado to Agege to Ayobo and beyond.

Tell us about the first time you used a computer. Did you enjoy it?
My first access to a computer was at the age of 10 when we had a Big desktop - Windows 98 - in my grandmother's home. It was mostly used for typing lesson and games like the famous Mario game, Duke 3D and Commando. And yes, I did enjoy it and was a bit addicted to it to the extent that my grand mum would seize the mouse sometimes as she wanted to control my addiction. I also learnt how to use the keyboard and its shortcuts with nobody’s assistance.

When did you decide to be a programmer?
I decided in 2013, after my undergraduate studies. During my National Youth Service Corps, I was working at a University as an IT support technician and saw a series titled “Person of interest”. It was about a Computer Science professor that built an intelligent machine that could predict the act of terrorism before it occurred. I could relate to the terms mentioned in the series since I had a computer science background and it was at that moment I knew Artificial Intelligence was a field I would love to explore and that led me to start learning how to code.

Who taught you how to code?
I started out during my undergraduate studies through the subjects I was taking. Also, a friend of mine organized paid coding classes during the weekends and I attended. But the point where I took it really serious was when I started teaching myself with books and online resources. Soon after that, I joined Andela. 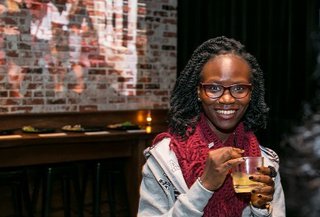 What do you love most about coding?
One of the things I love most about coding is that it allows you to build things on your own. They can be rather ambitious tasks, or simple and amusing ones. The job itself requires a lot of dedication and precision, and you need to be highly motivated. But it’s incredibly rewarding especially with the satisfaction that comes with seeing what you’ve built helping everyone’s daily lives.

What’s it like working in an industry with lots of men?
I am not always comfortable when people ask me this question. This is because even though I realize we have more men in the industry. I personally don’t think about my gender when it comes to getting the work done. I care more about what needs to be done and how we get it done. So yes, we need diversity across all industries because the more diverse, the more creativity you get but my everyday work life is just as normal as other men in the industry.

Some of us want to be like you when we grow up. Give us a tip or two.
Don’t get into tech or any other field because it’s the buzz happening around. Time can never be bought back, be always sure that you’ve got a “good enough reason” for every action you make in life because life is always in phases.

Tell us something you’ve never told anyone.
I think only 0.01% people in the world know that I would love to be an intelligent spy in my next world. 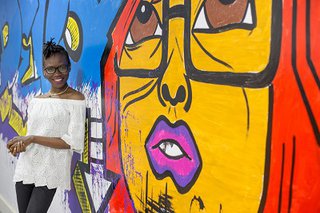 Yetunde chased her dream all the way to the top. So can you. Keep working hard and never give up. Oh, and always believe in yourself, because we do.

Want to read more inspiring stories like this one? Then head to our Springster Facebook page and connect with a community of girls just like you! - https://www.facebook.com/heyspringster